The Supreme Novelty On or Off Broadway: “Vaclav Havel’s Hunt for a Pig” 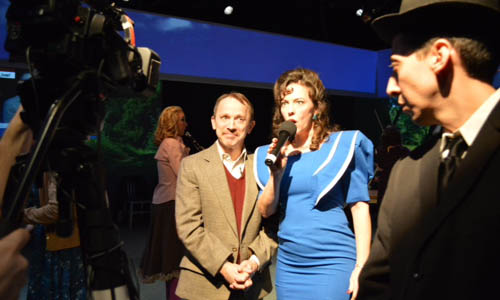 “NO MORE TROUBLES, NO MORE SORROW

NO MORE NEED FOR FEAR.

HOLD FAST ONTO YOUR CONVICTIONS,

GIVEN TIME THEY’LL LEAD TO BLESSINGS.

IN TIME THEY WILL LEAD TO BLESSINGS.”

This choir excerpt from the famous Czech operetta, Smetana’s “The Bartered Bride,” comes late in act 2 of Vaclav Havel and Vladimir Moravek’s “Hunt for a Pig,” (also called “The Pig.” at 3LD Art & Technology Center, 80 Greenwich Street in Lower Manhattan. But its message of sweetness and light comes after a dramatic comedy roller coaster ride that leaves the packed audience figuratively dancing in the aisles. For “The Pig” is no ordinary collage of comedy, drama and music. You will be sorry if you don’t see this wildly amusing, excitedly staged and extremely well-acted show.

Havel, of course, was the Czech Republic’s first President, a human rights icon, who was also a critically-acclaimed playwright. He died in 2013. Havel’s final theater piece, set some years before the non-violent “velvet revolution” overthrew communist Czechoslovakia, is phantasmagoric testimony to his famous oft-quoted belief that, “Truth and love must prevail over lies and hatred.” But this is also the only time he appears as a character in one of his plays.

As brilliantly directed by Henry Akona from a translation by Edward Einhorn, “The Pig” tells the story of Havel’s near futile attempts to buy a pig for a “zabijacka” or celebratory pig roast which foreshadows the demise of communist rule.  Havel’s very presence in this comic quest is not just buffoonery, I can tell you. It underscores the restrictive nature of the “lies and hatred” of oppression.

Yet it seems that every time he and the villagers are ecstatic about finally finding a pig it slips out of their grasp. Is this a symbol of elusive freedom and peace of mind? I believe so. I understand that Havel himself had an big sense of humor despite four years in prison and constant persecution.

Playing Havel, Robert Honeywell is properly bureaucratic and uproariously funny in his frustrated attempts to buy a pig. And what a commanding voice he has!  Katherine Boynton is perfectly cast as the ditzy American TV journalist interviewing Havel and others on camera. Yet to her immense credit, her movie star good looks and flawless comic timing don’t hide her character’s underlying warmth and humanity which become plainer as the play progresses. Her performance oddly reminded me of Cary Grant’s in the classic movie “Bringing Up Baby,” co-starring Katharine Hepburn.

The entire cast is unusually talented – as actors, singers as well as instrumentalists. Melissa Elledge, John Gallop, Andrew Goldsworth, Jennifer Harder, David Hov, Mateo Moreno, Emily Shankman, Pheobe Silva, Moira Stone, Terence Stone, Michael Whitney, and Sandy York are among the most talented performers you’ll see on any Off-Broadway, or for that matter, Broadway stage. And I especially liked Christopher Yustin as Fanda, who tries to come up with an appropriate pig Havel can buy, and Jenny Lee Mitchell who played the Tapmaster’s wife as well as the clarinet.

As I’ve indicated, “The Pig” is not simple, straightforward fair. But I can truly say that ever since I accompanied my father, the late legendary late drama critic Ward Morehouse to Broadway plays, I’ve seldom ever enjoyed an evening in the theater as much.

The Plaza Hotel 100th anniversary on CBS The Early Show 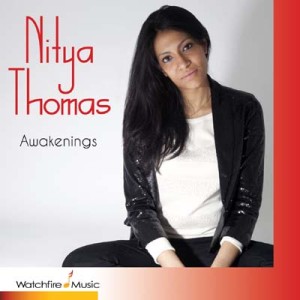 "Oh dreamer, leave thy dreams for joyful waking," goes the first line of the first song, "O Dreamer," better known to many...
Copyright 2015 Ward Morehouse III
Back to top