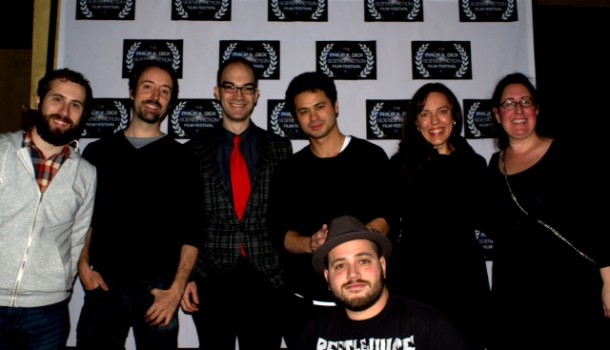 New York, NY – The recent Philip K. Dick International Film Festival of Science Fiction and Fantastic Film was a resounding success. So said Festival Director Dan Abello in an interview with FilmFestivalToday.com and Broadwayafterdark.org. Philip K. Dick was a prolific American novelist, short story writer and philosopher who died in 1982 and was widely-revered as a master of science fiction literature. A number of his works were turned into popular films including “Total Recall” and “Blade Runner.”

“This year, in every sense, the Festival was bigger than last year’s,” Abella said “We had more films, we had more panels, we had more variety, more features, more documentaries.” This year’s Festival was held at the Tribeca Cinemas and The Producers Club. “The films I like to show are those that try to retain their humanity in a world that is becoming more technological. But the key for me is not to reject technology but find a way in which you can balance technology and humanity. And it’s time people went back to Philip K. Dick’s books which have very little to do with the films. The films are good but his books are more introspective in nature, more cerebral. They have everyday characters rather than the ‘Tom Cruise types.’”

Getting back to the Festival, Abella said that “I like to have a panel after showing a documentary or film. It makes it more interactive than just going to see a film. One thing I’d like to do in the next couple of years is to have more interactive experiences.”

“I actually started as a filmmaker,” he continued. “And I did a whole bunch of shorts and features. But I became aware of some of the frustrating aspects of the ‘festival circuit.’ We try and have a lot of variety. Some of the films are relatively high budget. Some are very low budget – so we have something special, different.”

Abella and his colleagues are planning to have a two-day Philip K. Dick Festival in Paris in April, he said. “We are actually going to be showing some of the same films. We may show Christian Carroll’s film, Suicide or Lulu and Me and a World Made for Two. We’re working with the Philip K. Dick Society in Paris on our festival.”

Suicide or Lulu…, was directed by Carroll, and features Carroll, Adeline Thery, Brian Shoop, Mathieu Lagarrigue, Katherine Boynton, Quentin Brussieux and Nicolas Fiolleau. Alexander M. Drecun was the film’s Director of Photography and it includes gorgeous black and white footage of Paris. Its New York Festival showing was followed by a discussion. This film is a black comedy and the story of a young man who has created two inventions: a camera, named Pandora’s Camera, that has the ability to duplicate and preserve reality, and a pair of glasses that can inject memories into the view’s mind.

“Dick himself felt French culture was more open to his ideas” Abella said. “So this if why I felt what better way to continue that tradition than having a festival in his honor in Paris. Last year we did a Festival in a city north of Paris.”

Other films at the New York Philip K. Dick Festival included the world premiere of Montauk Chronicles, directed by Christopher Garetano, a documentary film of three men who claim they were brainwashed and forced against their will to take part in secret experiments, and Painting the Way to the Moon, directed by Jacob Akira Okada. 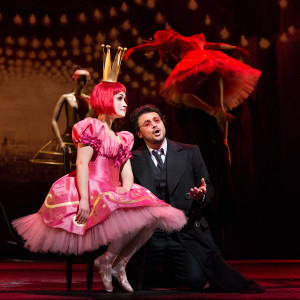