Ward Morehouse III is a columnist, a playwright, a TV host, sometime critic and an author. He has lived with a tribe of Indians in the Amazon and he has sat on the aisle on many Broadway opening nights. His book, Broadway After Dark: A Father and Son Cover 100 Years of Broadway, is a lively and colorful portrait of some of the greats and near-greats of the New York theater.

The father in this literary partnership is Ward Morehouse, (1895-1966), the legendary Broadway critic whose “Broadway After Dark” column ran for decades in the New York Sun. His interviews with Eugene O’Neill, William Gillette, Laurette Taylor, Gloria Swanson and many other stars bring back memories of the glorious days of the Broadway stage. The son, Ward Morehouse III, picked up where his father left off, writing his own “Broadway After Dark” column, as well as reviewing plays for Reuters, The New York Post and The Christian Science Monitor. He was a drama critic and columnist for Reuters for several years in the early 1990s. His interviews with Neil Simon, Joan Rivers, the late Wendy Wasserstein and Hugh Jackman bring the book into the 21st century. A poignant link between the past and the present is supplied by Katharine Hepburn, who talked with father and son at the beginning, with the father in the 1930s and 1940s for The New York Sun and with the son for Reuters and The New York Post in the 1990s and 2000. Ward has written 11 books altogether including “London’s Grand Hotels” and his most recent book “Millennium Biltmore: A Grand Hotel Born of Hollywood Dreams.”

Ward is currently a New York theater and travel corespondent for HealthyLife.Net. He does a weekly half-hour TV interview show called “Broadway After Dark” on Time Warner’s Channel 56 or RCN channel 83 in Manhattan every Monday at 7:00 PM. It can also be seen live worldwide on MNN (Manhattan Neighbourhood Network)/Channel 2/Lifestyle. 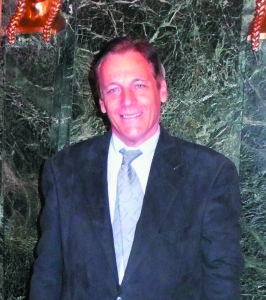