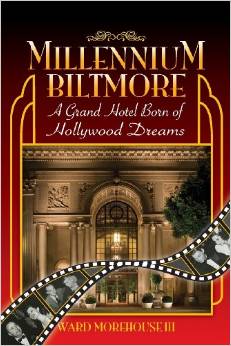 Kwek Leng Beng, Chairman of Millennium & Copthorne Hotels, has had tremendous success owning and renovating some of the world’s greatest historic hotels. The Galeria at the Millennium Biltmore Long before construction of the Millennium Biltmore, proclaimed as a “monument to the growth and prosperity of the city,” could begin it had to be designed. And on December 17, 1921, architects-designers Schultze and Weaver began what the media of the time called “one of the brightest stars in the firmament of local enterprise.” It certainly promised to be and become the largest construction project in the history of Los Angeles. Influenced heavily by Italian and Spanish Renaissance architecture, the architectural firm of Schultze and Weaver blueprinted the hotel in just 47 days. The partnership of Leonard Schultze and S. Fullerton Weaver had left indelible work in New York with the Waldorf Astoria in 1931, and also on other grand Gotham projects. The Millennium Biltmore was the firm?s first major commission, but had the blessing of John McEntee Bowman, a Canadian-born hotelier who was the founding president of Bowman-Biltmore hotel, built in New York in 1913. Bowman, who had silent movie star good looks himself was coming into one of the leading Hotel names in the world. Ward Morehouse III?s love affair with grand hotels began long before he wrote his first landmark book, The Waldorf-Astoria: America?s Gilded Dream, which was followed by Inside the Plaza: An Intimate Portrait of the Ultimate Hotel. His father, the late drama critic Ward Morehouse, lovingly introduced his son to the glamorous life of luxurious hotels. He is a former staff correspondent of The Christian Science Monitor, Broadway columnist for the New York Post and author of nine other books and two plays, The Actors and If It Was Easy, produced Off-Broadway. 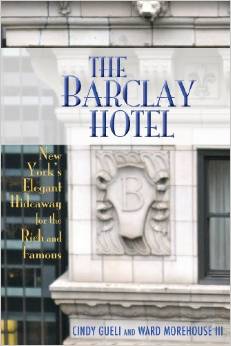 The Barclay Hotel: New York’s Elegant Hideaway for the Rich and Famous

Opening its doors during the era that inspired The Great Gatsby and Downton Abbey, The Barclay Hotel offered its guests a touch of old world elegance amidst the swirling glitz and jazz of New York City’s Roaring Twenties. Gilded Age millionaires, progressive social crusaders, and world-renowned artists all found a comfortable home at The Barclay. Blue-blooded scion Harold S. Vanderbilt, legendary author Ernest Hemingway, Ambassador and famed hostess Perle Mesta, Pulitzer Prize-winning playwright Eugene O’Neill, and civil rights icon Martin Luther King, Jr. were among the elite guests who lived, worked, and socialized at the exclusive hotel. The Barclay Hotel: New York’s Elegant Hideaway for the Rich and Famous provides a captivating inside look at the nearly ninety year history of The Barclay, which both impacted and reflected the people, events, style, and romance of its Midtown East neighborhood and New York City itself. Cindy Gueli is a writer, professor, and filmmaker based in Washington, D.C. She has taught and lectured for institutions such as American University, The Washington Center, and House of Representatives Congressional Caucuses. She completed her bachelor’s degree at Georgetown University and earned two master’s degrees and a doctorate in History from American University. She is also the author of the upcoming book Lipstick Brigade: Government Girls in World War II Washington. Ward Morehouse III’s love affair with grand hotels began long before he wrote his first landmark book, The Waldorf-Astoria: America’s Gilded Dream, which was followed by Inside the Plaza: An Intimate Portrait of the Ultimate Hotel. His father, the late drama critic Ward Morehouse, lovingly introduced his son to the glamorous life of luxurious hotels. He is a former staff correspondent of The Christian Science Monitor, Broadway columnist for the New York Post and author of eight other books. 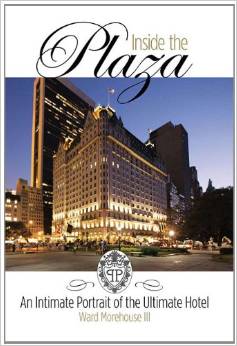 Inside the Plaza: An Intimate Portrait of the Ultimate Hotel, Revised and Updated

Since it first opened its doors in October 1907, the Plaza has been the hub of glamour and culture in New York. It is where F. Scott Fitzgerald lived during the Jazz Age, where Frank Lloyd Wright stayed while building the Guggenheim Museum, where the Beatles bivouacked when they invaded America, and where Macaulay Culkin stayed after spending all that time home alone. It’s where Liza Minnelli grew up and Eloise acted up. Ward Morehouse III, who himself did some growing up at the hotel, has collected all the Plaza’s gems, looked into all the nooks and crannies. In his newly revised and updated edition, Morehouse recounts the hotel’s recent $450 million transformation, with its 181 luxury condominium residences, 282 guest rooms and suites, and landmark public spaces, such as the Oak Room and Oak Bar. He has created a special and personal account of the only storybook castle in America where anyone who desires to can stay overnight. 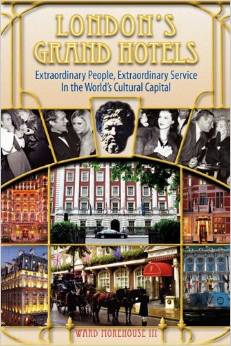 “As an actress, I spent a great deal of time in England, especially while raising my children with Roald Dahl. Several of London’s grand luxury hotels have been part of my life for decades. Ward Morehouse III’s beautifully written book highlights the best of the best, reminding me of the glorious times I have spent in several of these glamorous hotels and piquing my curiosity to visit those I haven’t yet had the pleasure to experience.” – Patricia Neal, Academy Award and Tony Award-winning actress

Ward Morehouse III’s love affair with grand hotels began long before his first, landmark book The Waldorf-Astoria: America’s Gilded Dream. His father, the late drama critic Ward Morehouse (who requested “Room Service, please!” on his tombstone), lovingly indoctrinated his young son into the glamorous life of luxurious hotels in New York and elsewhere, teaching him that a great hotel is made up of more than fine linens and fancy uniforms. It’s the staff, the people, who make any hotel special. So London’s Grand Hotels — Extraordinary People, Extraordinary Service, in the World’s Cultural Capital, to be published by BearManor Media on August 15, 2010, concerns itself not just with the physical grandeur of London’s top hotels, but with all the grand people working in – and staying at – these real-life palaces. Checking into any one of them is like taking part in a grand opera. London boasts the greatest collection of grand hotels of any city. England’s legendary empire truly lives on through its greatest inns. Mr. Morehouse’s book also include as series of exclusive celebrity photographs of current of theater, film and business stars who are devotees of London’s grand hotels such as Sienna Miller, Jude Law, Sir Ian McKellen and Sir Richard Branson. 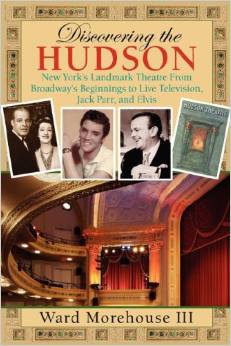 The Hudson Theatre, which opened in 1903, is much more than a beautiful facade, much more than a landmark Broadway playhouse with Tiffany glass mosaics and Roman friezes — complete with verde-antique in Greco-Roman marble — all of which recently and painstakingly restored by Millennium Hotels. With as much drama going on off-stage as beneath its historic proscenium arch, The Hudson has been the theater home for such titanic 20th century actors as George M. Cohan, Ethyl Barrymore, Laurence Olivier, Alfred Lunt, and Jason Robards Jr. As if that weren’t enough of a resume, the storied Broadway palace has also played the big time as the studio where Jack Paar and Steve Allen did their nationally broadcasted TV shows. Elvis, Bob Hope, Sammy Davis Jr. and many others not instantly associated with Broadway have been celebrated Hudson guests too. Ward Morehouse III, whose family has been identified with theater for generations, uses the Hudson as a launching pad to write about the golden age of Broadway, live TV and beyond into the new, international age of corporate-theatre synergy. 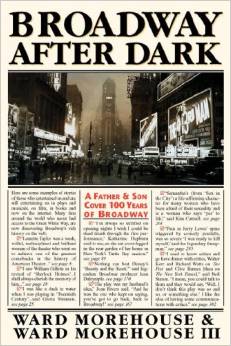 “Broadway After Dark is a compilation of columns, stories and never-before-published profiles by my father, Ward Morehouse, and myself. The profiles were originally intended for a book called Stars I Have Known. The columns of his are representative of those he did for the New York Sun from 1926-1950 and after for other newspapers. I started writing sporadically about show business for The Christian Science Monitor in the 1970′s and continued as a reporter and theater columnist for the New York Post, Reuters, New York Sun, amNew York, and the Epoch Times. It’s my hope that these columns and stories, taken together, will be a portrait, however sketchy, of some of theater for the last and current century through some of their biggest stars, including Katharine Hepburn.” 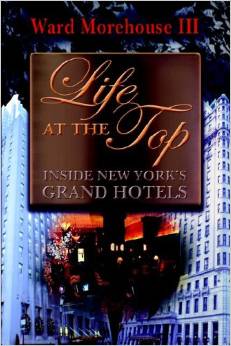 Life at the Top

“Life at the Top: Inside New York’s Grand Hotels,” a celebrity biography of some of New York’s grandest and most romantic hotels, contains dozens of original stories about famous literary, theater and movie personalities. Author Ward Morehouse III, a columnist for AM New York, former columnist for the New York Sun and the New York Post and a staff correspondent for 10 years for the Christian Science Monitor, briefly chronicles the lives of many of the 20th Century’s literary and artistic giants who lived at the Plaza, Waldorf-Astoria, Algonquin, St. Regis, Carlyle, Chelsea and many other hotels. Morehouse paints a unique portrait of their glamorous, exciting, touching and sometimes tragic lives in the golden era of New York hotels and theater, bringing the two worlds together in a work that reads like great fiction. He reconfirms his status as a superb chronicler of Americana as well as one of our most engaging storytellers. 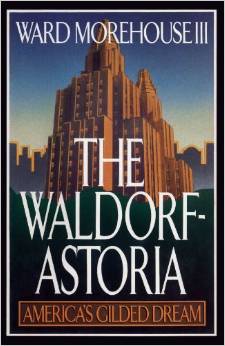 This is a celebrity biography about a great hotel — in fact, for millions of people across the land and countless more around the world, it is America’s most famous hotel. Now approaching its seventy-fifth anniversary in 2006 on its Park Avenue site, The Waldorf-Astoria has been home to kings, magnates, presidents and many of the greatest cultural talents of the Twentieth Century. General Douglas MacArthur chose to retire in the Waldorf Towers; Cole Porter lived in suite 33A for many years, which Frank Sinatra paid one million dollars a year to live in after Porter died. “The grand cities of the world have their grand hotels, the bed-and-breakfasts for the mighty and the moneyed. Ward Morehouse III explores one of New York City’s grandest in The Waldorf-Asrtoria: America’s Gilded Dream … Morehouse writes of pleasures and scandals, of the hard facts of running a hotel and of its romance. The hotel comes off well in the hands of its appreciative Boswell and one will find “The Waldorf-Astoria” to be a pleasant buffet.” – The New York Times, Sunday Book Review Section 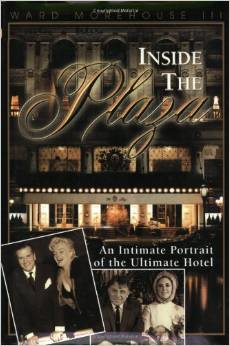 Inside the Plaza: An Intimate Portrait of the Ultimate Hotel Hardcover – October 1, 2001

From Scott and Zelda Fitzgerald cavorting in the Pulitzer Fountain to Ivana Trump patrolling the halls to inspect the rooms, this is the Plaza Hotel as no one has ever seen it, or been permitted to see it. The Plaza is the place where the Beatles headquartered when they invaded America. It’s where George M. Cohan held court during the golden era of Broadway. It’s where Marilyn busted a strap on cue, where Cary Grant started out from when he traveled North By Northwest, and where Macauley Culkin stayed after staying Home Alone. From the railroad tracks in the basement to the vast luxury suites overlooking Central Park, this is the full story behind the gilded doors, the inside scoop direct from the people who have cavorted there and worked there.