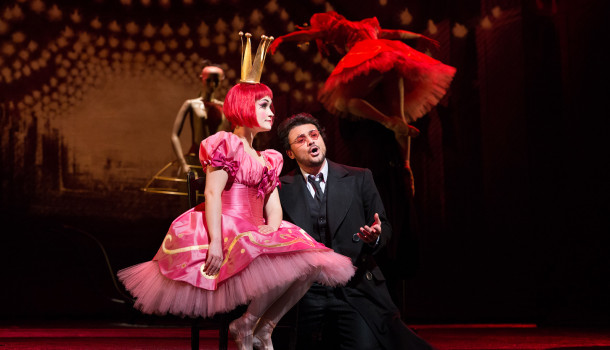 In keeping with the current trend of Broadway-Metropolitan Opera crossovers, it seemed a good time to revisit Bartlett Sher’s production of “Les Contes d’Hoffmann” (“The Tales of Hoffmann”), which was broadcast live from the Met on Saturday. Sher, a Tony-award winning theater director, also did Met productions of “The Barber of Seville” and “Le Comte Ory,” both of which were charming.

The opera is a recounting of the bizarre loves of the poet Hoffmann, a perennial adolescent whose addiction to alcohol exceeds all other feelings even when he lands in the gutter. This is the story of a man, not unlike Poe’s “William Wilson,” who is his own worst enemy. Hoffman hangs out in Luther’s Tavern, a students’ venue. His companion, Nicklausse, is actually his Muse disguised as a student, as she tries to save him from himself.

Hoffmann is killing time as he waits for his current love, the diva Stella, who is performing in an Mozart opera. The students press him to tell them about his romantic life.

The first is Olympia, a beautiful mechanical doll, delightfully performed by Erin Morley, who brought the house down. The production, however, was a problem. Everything in the text points to Olympia’s being unique, the invention of Spalanzani and Coppelius. However, the stage is littered with Olympia look-alikes which violates the story line and serves to confuse the audience. Sometimes it’s difficult to find the principal Olympia.

The Munich and Venice acts present a choice. Sometimes one is the second act sometimes the other. There is justification for both. Musically the Venice scene is much more grandiose, culminating in the magnificent septet, which would make it a logical third act. Dramatically it shows Hoffmann’s descent: he kills a man. However, the argument for the Munich scene providing the climax is that Antonia is real — an actual love. Giulietta, in the Venice scene, is a courtesan, whose love is for diamonds.

The production presents problems in both acts. The Munich scene is supposed to be intimate — Crespel and his daughter Antonio are hiding. It’s ridiculous when Crespel tells his servant to keep the door locked. What door? The setting is huge and barren without any of the properties of a home. Antonia was beautifully sung by Hibla Gerzmava, who also played Stella, a nice touch given both characters are singers.

Critical to the plot is Antonia’s dead mother whose portrait sings, urging Antonia to sing, which for health reasons she shouldn’t. There was no portrait. The mother, appealingly sung by Olesya Petrova but at too rapid a pace, was performing mostly hidden in the dark, then emerging into the light at the end.
The man sitting in front of me was so appalled he didn’t return for the third act. Two others in the same row were denouncing this production and comparing it to the abhorrent new Willy Decker production of “ La Traviata,” which replaced a beautiful and much loved Zeffirelli production, even as this “Hoffmann” replaced a nigh on perfect Otto Schenk production. The new “Traviata” managed to be as ugly as it was stupid, re-set in the 20th century.

As stark as the Hoffmann Munich scene was, the Venice scene matched it at the other extreme: it was so cluttered one couldn’t follow the principals. Traditionally the act opens with Nicklausse and Giulietta in a distant gondola singing “Belle Nuit” with increasing volume as gondola gets nearer. Not in this production. No gondola — not a hint of water –and the stage so crowded they had to step forward to be seen.

Vittorio Grigolo was an excellent Hoffmann, singing beautifully except on what should have been the boffo bring-the-house-down high notes on which his voice lost focus and became breathy. Breathiness was also an occasional problem of an otherwise lovely Nicklausse performed by Kate Lindsey.

Thomas Hampson was excellent as all four villains, Lindorf, Coppelius, Dr. Miracle and Dapertutto. Tony Stevenson was a standout in multiple roles: Frantz, Pitichinaccio, Andres and Cochenille. David Pittsinger was fine as Luther and Crespel. The conductor, Yves Abel, was mostly on target, although his tempi could be challenged. There was one devastating moment, during the septet, when there was a disconnect between the army of singers and the orchestra.

Applause was mostly tepid. “The Tales of Hoffman,” Jacques Offenbach’s masterpiece, is one of those glorious operas that stays with people. The music keeps replaying in one’s head long after one has left the opera house. 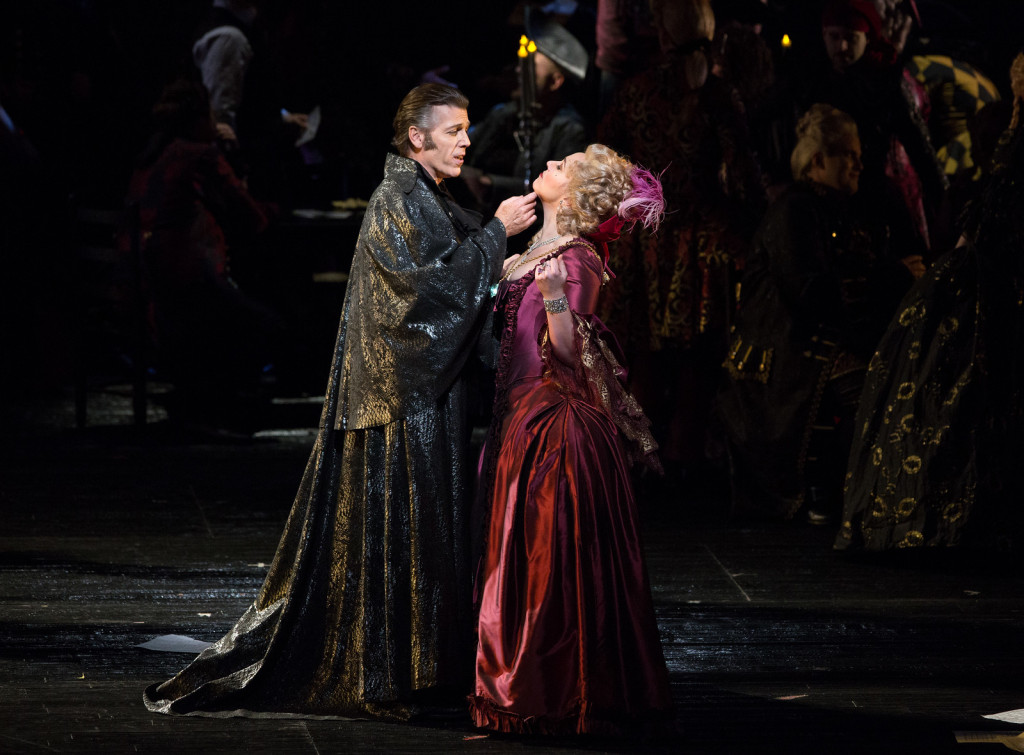 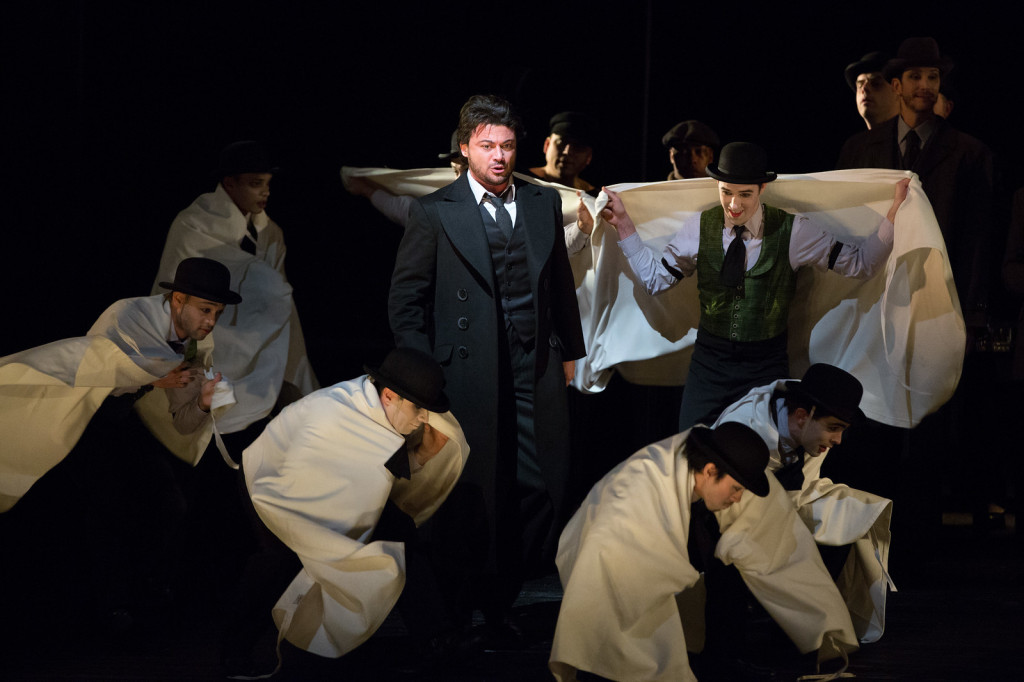 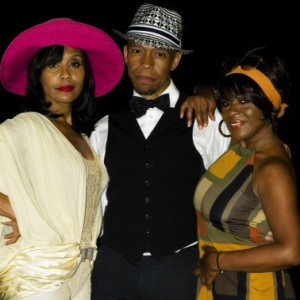