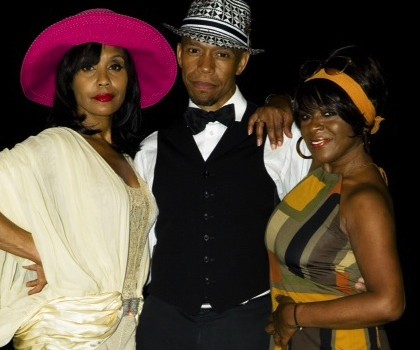 On Kentucky Avenue – the Club Harlem Revue is set on the night of a dress rehearsal during the the club’s 1969 season in pre-casinos Atlantic City. But neither time nor nostalgic memories of a by-gone era, however vivid or hazy, can overshadow the brilliance of this new musical. And the word revue is actually a misnomer since it indicates a series of songs and dances stitched together around a common theme. But On Kentucky Avenue is a full-fledged, razzle-dazzle riveting “book” musical that startlingly transforms the tiny stage of Off-Broadway’s Triad Theatre into one of New York’s most magical and electric shows.

There are no ghosts of the past On Kentucky Avenue.

Rather, the show recreates a time that was with a brilliant blend of rousing original finger-snapping songs along with music of the 1960′s (such as “Rescue Me” and “You’re Nobody Till Somebody”…) And I felt like I might have felt if I was fortunate (and old enough!) to have heard the late George Gershwin play his signature “Rhapsody in Blue” in person.

In other words, move over The Last Ship, If/Then and even Jersey Boys. On Kentucky Avenue is a vivid example of what Broadway should and can be.

I personally have seen On Kentucky Avenue twice, the first time  a number of months ago. “OK” was what I thought the first time. “Wow!” and “unbelievable” now. Mostly recently, Tony Award nominee Brenda Braxton (Smoky Joe’s Cafe) and recording artist Jenny Douglas stepped in for the brilliant stars Cheryl Freeman and Andrika Hall, both of whom had holiday commitments. They all thrill us with their grace, beauty, humor and especially their voices. But award-winning singer/songwriter Ty Stephens steals the show time and time again. Mr. Stephens delivers the kind of virtuoso performance that would do Engelbert Humperdinck and Wayne Newton proud indeed. The only difference is that that Mr. Stephen acts, too. Acts up a storm in a performance that is an heart-warming as it is exciting.  Mr. Stephens, who plays the MC, is caught in a love triangle between the club’s lead showgirl and its featured female singer. Yet what could be ordinary becomes extraordinary, pulsing with pathos and the genuine emotion of longing and reconciliation.

Last and certainly not least is the show’s magnificent original score with such songs as “And If I Tell You I Love You,” by Mr. Stephens and Frank Owens, and “This World Is Mine” by Mr. Stephens.  And when the music of the 1960′s starts there’s not a pair of hands not clapping in the audience.

The musical has been playing three to four times a month this past year. Let’s hope that in 2015 this fabulous night (also the name of the show-stopper song “Fabulous Night” by Adam Wade, Mr. Owens and Mr. Stephens), is on Broadway. 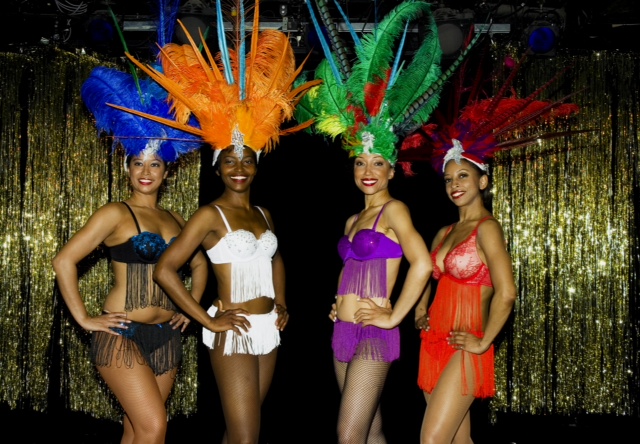 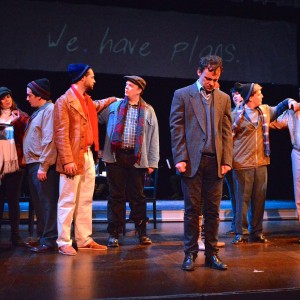