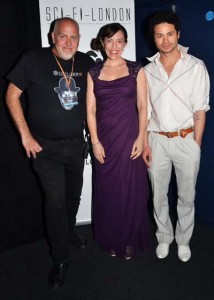 London – “The way I like to sell the SCI-FI-London Film Festival: ‘You get a pizza, you get a beer. And I’ve got these VHS tapes. My house at 9:00 PM. We’re going to have a party and watch this fabulous film I found!’ ”

SUICIDE OR LULU AND ME IN A WORLD MADE FOR TWO, written, directed, edited and produced by Christian Carroll, a work of great imagination, had just been screened. The Festival, which ran from April 24 – May 4, included many of science fiction’s favorite themes: “space opera,” “parallel worlds” time travel and robots.

“We’re not doing it for the money,”‘ Savy continued in the interview with Black Tie Magazine. “We’re in our 14th year. If it was about the money I would have stopped a long time ago. We don’t have a lot of funding. But we do it because we love the films. It’s about the films. We don’t have the money to fly people in. It’s an honor that people come.”

“SUICIDE OR LULU AND ME IN A WORLD MADE FOR TWO” was loosely inspired by the Argentinean sci-fi novella, “The Invention of Morel” by Adolfo Byo Casare, and is the story of a young man who created two inventions: a camera which can duplicate reality and a pair of glasses which release memories into the viewer’s mind. It was shot in a black and white “Nouvelle Vague” style with homage to silent movie icon Louise Brooks.

“I have a lot of respect for Christian,” Ms. Boynton told Black Tie. “I think he’s a young genius and will have a great career. His numerous talents can be seen in all aspects of this film, which include writing, directing, acting, editing, and even the music! Christian was great to work with, too. He’s what I call an ‘actor’s director’ — he understands how an actor works and knows how to communicate to get the desired result. It was a totally positive experience.”

In its history, SCI-FI-LONDON has also held a number of short film competitions, and in 2008 started the “SCI-FI-LONDON 48-hour Film Challenge” to encourage filmmakers to create sci-fi short films in a very short time span. In 2006, the festival became the official home of the Arthur C. Clarke Award, the most prestigious award for science fiction in Great Britain.

First published in the Film Festival Today on May 20, 2014


Tags:  Christian Carroll Katherine Boynton Louis Savy Sci-Fi London Film Festival Suicide or Lulu and Me In A World Made For Two

Clark Warren at the Metropolitan Room 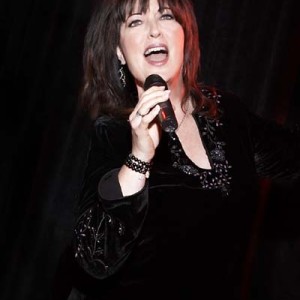 Two of greatest and most inventive cabaret and jazz singers have been heating up Manhattan after dark. Ann Hampton Callaway,...
Copyright 2015 Ward Morehouse III
Back to top