The Bear Who Lived at The Plaza is the true-life story of a small brown bear, Bangkok, from Bangkok, Thailand, who lived at New York’s Plaza Hotel. The book is also the story of Katherine Hepburn, Cary Grant, George M. Cohan, Eugene O’Neill and other American show business greats who were interviewed and profiled by the late New York Sun drama critic Ward Morehouse at his home in New York’s Plaza Hotel and other places both near and far.

In one sense, Bangkok the Bear is symbolic of a vanished Broadway and Hollywood era where its stars were still put on pedestals and their antics told with loving reverence. At six weeks old Bangkok was about the size of a full-grown Scotty and fed on goat’s milk when first purchased in Bangkok. He stayed in Bangkok’s famous Oriental Hotel and the elegant Hotel Fairmont in San Francisco and before moving to the Plaza Hotel in New York.

Ward Morehouse’s son, author Ward Morehouse III, also recounts his own interviews with Miss Hepburn for Reuters and the New York Post and his life growing up in a family as famous and interesting as some of the stars it worked with. There are stories of Ward III’s gregarious, fun-loving father; his “Stepmother,” Jean Dalrymple, one of Broadway’s first great women producers; and his mother, Joan Marlowe, co-publisher and editor of The Theater Information Bulletin for half a century, and who famed New York Journal-American columnist Jack O’Brien said, “knew more about theater than New York Times drama critic Brooks Atkinson and Broadway producers Lee Shubert and John Golden.” Ward Morehouse III, who spent his childhood going to the theater and backstage with his father and mother, also inherited his father’s love of hotels and has written 12 books on the history of hotels and theater including Millennium Biltmore: A Grand Hotel Born of Hollywood Dreams and two previous books on New York’s Plaza Hotel. Ward III also recounts his own sometimes humorous journalistic beginnings as well as Bangkok’s free-spirited romp in the senior Mr. Morehouse’s suite at The Plaza where he (Mr. Morehouse senior) lived for 11 years.

Ward Morehouse III is a former longtime staff correspondent for The Christian Science Monitor and former Broadway columnist for The New York Post. He is the author of two plays, The Actors and If It Was Easy, produced Off-Broadway. He and his wife, actress and writer Katherine Boynton, co-wrote the screenplay Waters of Summer. (see www.ThousandIslands.nyc ) 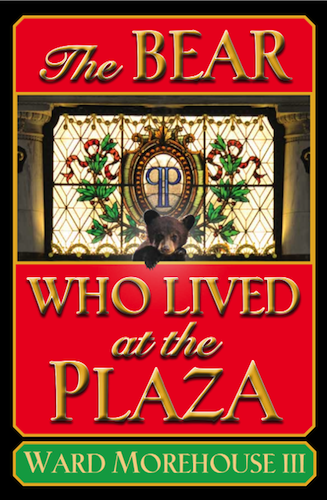