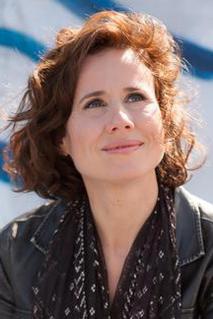 The late actress Lilia Skala used to joke that “I collect nominations!”  But her career and life were an inspiration to many who fled Nazi Germany and to her actress granddaughter.  The Oscar nominee for Best Actress in the 1963 classic film “Lilies of the Field,” opposite Sidney Poitier, will be brought to life by her granddaughter’s one-woman tribute “Lilia!”  After sold-out performances in Los Angeles and Toronto actress/playwright Libby Skala is bringing “Lilia!” to off-Broadway’s Sande Shurin Theatre.

The Viennese-born Lilia Skala became the first female architect in Austria, a stage star in Max Reinhardt’s theater, and finally a Hitler refugee who worked her way out of a New York zipper factory to a career on Broadway, television and film.  She earned nominations for her performances in “Roseland” (Golden Globe), “Eleanor and Franklin” (Emmy), as well as Oscar and Golden Globe nominations for her role as Mother Superior in “Lilies of the Field.”

“My grandmother was my mentor, teacher, role model, and she felt I had the talent as a writer and encouraged me to write a part for her,” Libby said.  “This play is a tribute to her for all the influence and inspiration she gave me as an actress and human being, as well as a tribute for all of those heroes in our lives who teach us how to live….As a child I listened for hours as she told remarkable stories about her life, always emphasizing that with God, all things are possible.  It reflects my relationship with her and how she tried to guide me as an actress.  I relive a lot of her stories in Hollywood and New York.”  Directed by Gabriel Barre, “Lilia!” begins performances at the Sande Shurin, 311 West 43rd Street on August 22.

Scent of a gangster

Katharine Hepburn, released from a Hartford hospital yesterday, is resting and relaxing at her Old Saybrook, Conn., estate,...
Copyright 2015 Ward Morehouse III
Back to top