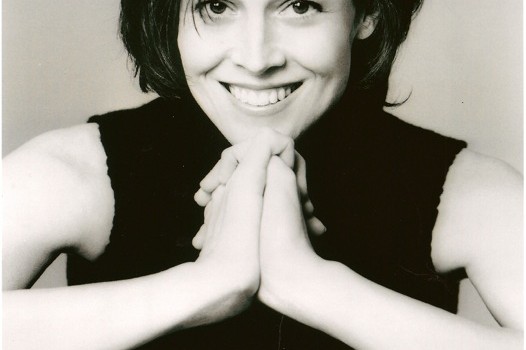 Hosted by esteemed actress Sigourney Weaver, the series offers plays, not adapted for TV, but rather filmed live. Sitting in one’s living room one sees just what the audience in the  theater sees.  The series comes about as the result of a rare collaboration of Ch. 13 and the Off-Broadway community—particularly the non-profits. The initial stint runs through Nov. 27.

Although Ms. Weaver describes the Off-Broadway scene as a cauldron of creativity, the choices for the series, so far, have been safe. The opening offering (Oct. 2), a 1931 John van Druten play, “London Wall,” could be seen as an early feminist play. While not up to his later work—“Voice of the Turtle,” “I remember Mama,” “I Am a Camera,” and “ Bell Book and Candle,” among others, it was worth a look. “London Wall” was a Mint Theater production.

From the Public Theater comes the quartet of Apple Family plays by Richard Nelson. Each of these works takes place on the anniversary of a historic event and deals with the family situations that  emerge during the commemorations.

The Abingdon Theatre’s production of Hellman v. McCarthy, which included Dick Cavett gamely playing himself, dealt with the famous feud between Lillian Hellman and Mary McCarthy and the lawsuit that ensued. The riveting play by Brian Richard Mori seemed to be over in the blink of an eye. Two of the Apple Family plays, “Sorry,”  and “Sweet and Sad,” while intermittently interesting, seemed interminable.

The works were well directed and the casts were uniformly excellent. From the women navigating terra incognita—the then man’s world of the office—and the men coping, some more honorably than others in “London Wall” to the crackling no-holds-barred battle between Hellman (Roberta Maxwell) and McCarthy (Marcia Rodd) and the lawyers who attempt to retain a small bit of civility, one’s attention is held. The real burden is on the cast of the Apple plays: these splendid performers,  Maryann Plunkett, Jay O. Sanders, Laila Robins, Jon DeVries, Stephen Kunken, and Sally Murphy are charged with infusing the mundane dialogue with life. Yes, people really talk that way but that’s not a reason for others to endure the tedium.

When the facts of the suicide of a daughter are made known, “Sweet and Sad” becomes gripping. In “Sorry,” when the dilemma of what to do about a beloved dementia-afflicted uncle and whether he will act out his sexual fantasies becomes central, the tension is agonizing.

Still to be shown:  Hamish Linklater’s “The Vandal,” presented by The Flea Theater; Denis O’Hare and Lisa Peterson‘s “An Iliad,” presented by New York Theatre Workshop;  and an encore presentation of The Flea’s “Looking at Christmas” by Steven Banks.

Review by: Linda Mackenzie I recently had the pleasure of attending a Saturday matinee of "The Fantasticks" at the intimate...
Copyright 2015 Ward Morehouse III
Back to top